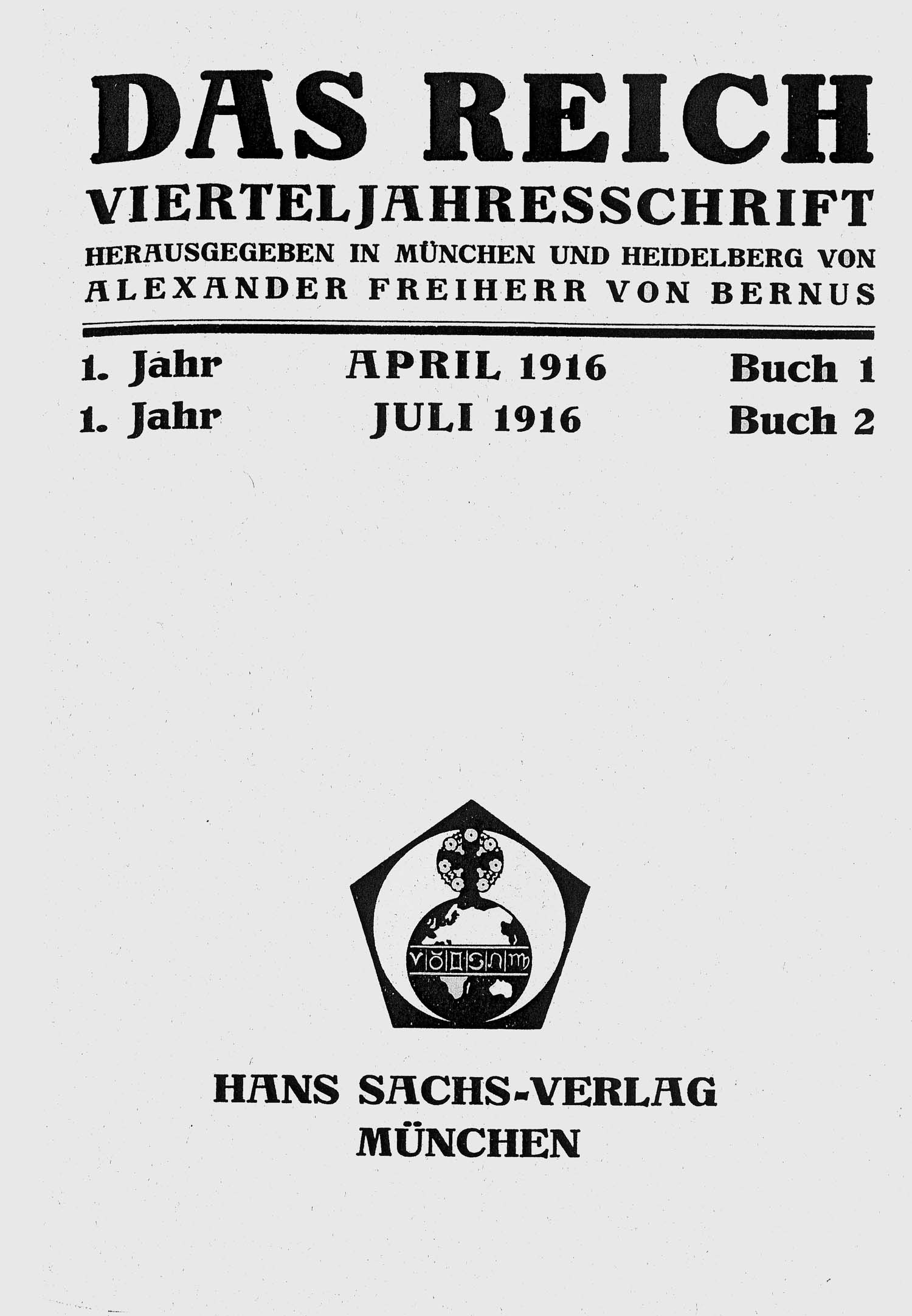 The first «book» of Das Reich appeared in April 1916, in the middle of the First World War. It was a very strange point in time to launch a new journal but the editor Alexander von Bernus did not choose it by chance: «After a, previously hidden, general will arose in defence against a danger from outside, it now no longer appears to be a dream, to hope for the revealing of the, until today hidden, will to unite of those who with determination are directed towards the elevation of the intellectual life», is expounded in the introductory «intentions and aims».

In two sections titled «Essence and Views» (Wesen und Anschauung) and «Knowledge and Opinion» (Wissen und Meinung) each «book» of the journal offered a forum with a homogenous worldview for essays, poems, dramas and reports and news of themes from art, literature, mysticism and religion. Amongst those who worked for the journal in the first year were Hans Ludwig Held, Max Pulver, Friedrich Alfred Schmid-Noerr, Rudolf Steiner und Carl Unger.