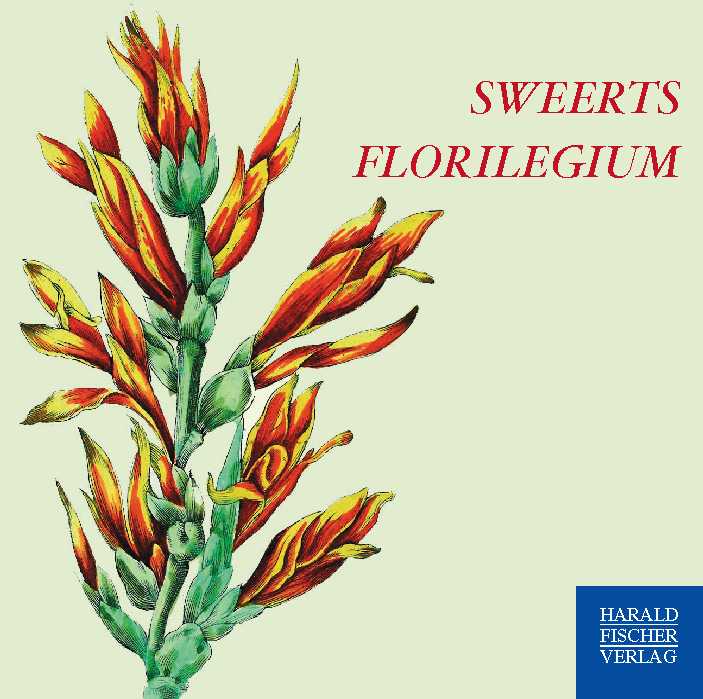 With 330 bulb plants in the first part and 243 flowering plants in the second, Emanuel Sweerts’ Florilegium was an opulent and beautifully presented specimen and advertising catalogue in the flourishing flower trade of the early 17th century. It appears that Sweerts was successful both as a writer and as a flower trader. He was present at the fairs in Frankfurt and Amsterdam. Both parts of the Florilegium appeared in many editions and in differing combinations up till the middle of the 17th century. The book was no longer printed with coarse wood blocks but with the considerably finer metal printing plates. The internationality of the catalogue is indicated by the multilingual index in Latin, Dutch, German and French.

Sweerts was less concerned with delivering an exact botanical presentation of plants than in doing the best possible business. This is why the presentation of blooms and fruits predominates. Sweerts’ business interests resulted partly in very strange plant presentations. So, for example two different sorts of sunflower, one with round and one with star shaped seeds or petals with wall patterns.

The edition used for this digital edition comes from the Ch. J. Trew Collection in the University Library Erlangen-Nürnberg. This copy is distinguished by its contemporary coloration and its very good condition.