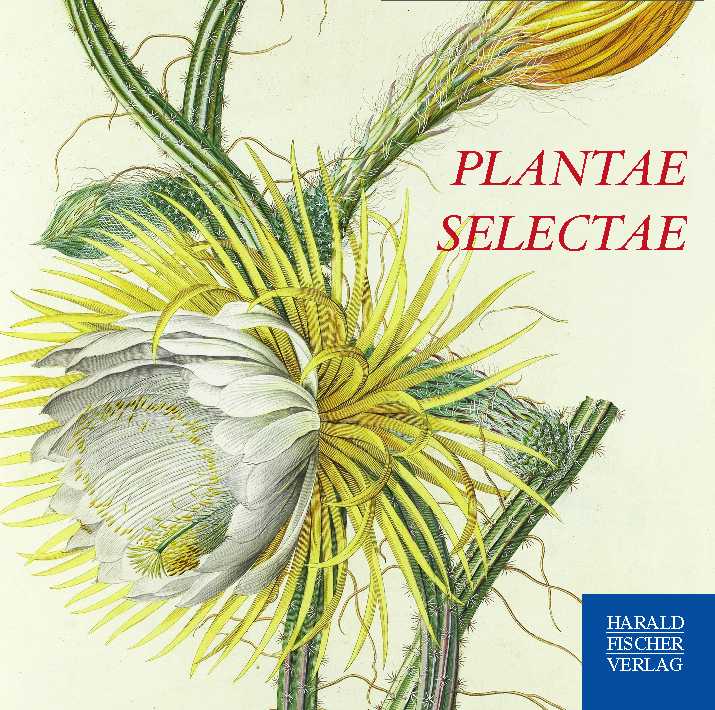 The portraits of the painter Georg Dionysius Ehret, the collector and patron Christoph Jacob Trew, the publisher Johann Jacob Haid and the botanist Benedikt Christian Vogel are at the front of the Plantae selectae. These four men were largely responsible for the production of this work. Trew wrote in a letter to Ehret: »Herr Ritter Linnaeus recently wrote to me that never before has a similar work been seen in the world and the world of tomorrow will hardly be able to match it«. The originals for this botanical masterpiece came from G.D. Ehret, the most extraordinary plant painter of the 18th century. For years Trew was the most important supporter and also purchaser of Ehret’s paintings. With the Plantae selectae Trew made a selection of the most beautiful of Ehret's plant water colours available to the general public for the very first time. Plants such as the cactus, the pineapple and the banana, which were up till then unknown, were presented in full bloom as well as with their fruits. The Augsberger J.J. Haid produced the copper plate etchings, the printing and the coloration in an exemplary manner. After Trew’s death, the work was completed by B.C. Vogel, the Altdorfer professor for pharmacy, botany and medicine and a supplement with a further twenty plates was issued in 1790 – 92.